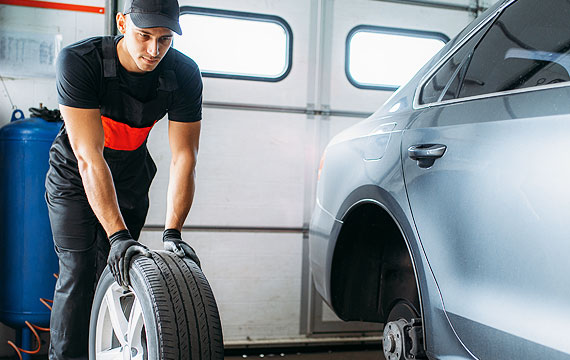 What is Decarbonising Transport?

Decarbonising Transport is a relatively new term for Indians. Decarbonising is the process of removing residues of carbon from the engines of automobiles in order to improve the overall efficiency of the engine. Decarbonising in India is slowly picking up pace and importance because of the rising concerns about pollution, environmental impact and vehicle health as well. If the vehicle is healthy and carbon-free, it would leave lesser carbon footprints in the environment.

Decarbonising can be done in two ways, either mechanically or chemically.
a) Mechanical – Some outlets follow the mechanical process of Decarbonising in India by opening the engine and manually removing the carbon from various parts by scraping it off them. This process is both time-consuming and unhealthy for the engine and should be avoided.
b) Chemical / Electrolysis – The safest and the most efficient way to do Decarbonising is using the chemical process of electrolysis. In this process, water undergoes electrolysis and the water molecules are split into Hydrogen and Oxygen producing a compound named Oxyhydrogen (HHO) gas. This gas is then transferred to the vehicle’s engine through the air intake valves and allowed to mix with the fuel in the combustion chamber where the gas combusts upon ignition for 30 minutes when the carbon particles are brought down to an atomic level to produce carbon monoxide and other hydrocarbon gases which then exit the engine via the exhaust valve resulting in an effective engine carbon cleaning without causing any damage to the engine at all. This process also involves much lesser time as compared to mechanical or manual Decarbonising.

Need of Decarbonising Transport in India

Considering the enormous number of vehicles, Decarbonising transport in India is very important. Cars constitute the largest share amongst automobiles in India.

By the end of March 2017, India had 28.7 million registered cars and all of them are getting older in age. When a car gets older, it often shows dropped performance, mileage and the engine also get noisier. All these factors are mostly ignored and considered to be a result of an ageing car. This is right, but ignoring these symptoms is not right since there is a solution and the solution is Decarbonising or Car Carbon Cleaning.

Car Carbon Cleaning is necessary because the combustion of fuel inside the engine’s combustion chambers produces a lot of carbon, whose particles get deposited on almost every part of the engine and the residue keeps increasing as the car grows older, further adding to the woes of the car as well as the environment.
This deposit of carbon gives birth to most of the car’s ‘age-related’ problems including decreased performance, mileage and increased engine noise. Apart from deteriorating the vehicle’s health, carbon footprint also deteriorates the environment. All these factors call for an effective solution and one of them is Decarbonising.

Decarbonising acts as a lifesaver for vehicles and has many long-term benefits. Some of them are listed below:
1. Improved engine performance resulting in a healthier automobile.
2. The vehicle gives a better mileage saving fuel costs considerably.
3. Prolonged life of the vehicle.
4. Lesser carbon emissions leading to a safer environment.
5. Lesser sound emission from the vehicle reducing sound pollution.

What Decaabo does and How Decaabo can contribute to Decarbonising Transport in India?

With decades of experience powered by state-of-the-art technology, Decaabo is the name to trust when it comes to carbon cleaning in India.

Automobile issues like reduced mileage, dropped engine performance, noisy engine and increased carbon emissions need immediate attention. Decaabo brings to you a one-stop solution for all these issues and the solution is carbon cleaning.

An ISO 9001:2015 certified company, Decaabo is certified by many other international bodies following the most stringent certification norms making Decaabo one of the most trusted brands when it comes to providing specialised services for Decarbonising in India.

Decaabo offers Decarbonising service in India at very economical costs in order to enable every vehicle owner to avail the services and partner with Decaabo in making Indian automobiles more fuel-efficient, better in performance and more environment friendly.

We strongly urge you to call us or visit us to know more about our services and play a pivotal role in keeping the environment clean.