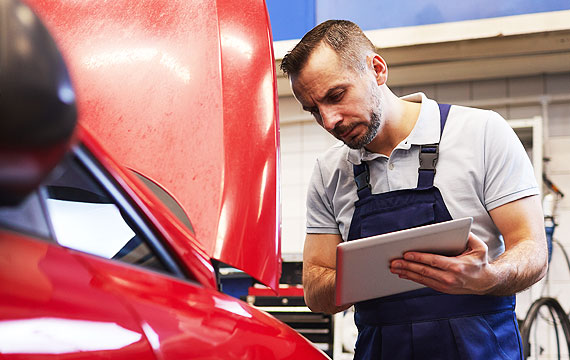 Decarbonisation aims at cleaning automobile engines with the use of technology in order to get them rid of residual carbon making them better efficient in terms of fuel, performance and environment friendliness.

Decarbonising car engine is a complex procedure recommended to be done be industry experts so that your car is decarbonised in a safe and professional way giving a fresh lease of life to your car and helping you contribute towards a healthier environment too. Engine Decarbonisation can be done in two ways, the first one being the manual or mechanical method and the second one being the automated or chemical method.

The Need for Decarbonisation

The engine of an automobile experiences continuous combustion of fuel which produces a lot of carbon monoxide and carbon dioxide resulting in increased carbon emissions. The increased dependence of masses on automobiles as the primary means of transport led to increased carbon emissions ultimately giving us a much-polluted environment. Although, there have been emission norms in place and most car owners do get their cars serviced regularly to keep the vehicles in good health but still, the need for engine decarbonisation is rising with every passing day. Some of the factors that influence the increase in the need for engine decarbonisation are:

1. Air Pollution: Every year, around 3 million new cars enter the roads of India and add to their share of carbon emissions. More number of new cars means an even bigger number of old cars that emit even more carbon making the air less breathable for us all. Decarbonisation of car plays a pivotal role in decreasing carbon emissions ultimately resulting in lesser air contamination.

3. Unhealthy and underperforming cars: As a car grows older, its performance experiences a reduction and it starts producing more carbon monoxide. Decarbonising in car restores performance and keeps the engine in good health.

So, it becomes quite imperative to go for car decarbonisation every 20000 kilometres so that your car stays healthy and keeps your surroundings healthy too.

The Benefits of Engine Decarbonisation

Carbon, the very basis of environmental pollution, is emanating from anywhere and everywhere. Being the biggest source of carbon, automobiles need a serious way to transform, a serious way to reduce carbon emissions in order to ensure a better environment for the generations to come.

Engine decarbonisation is one such way which can drastically turnaround the situation if inculcated religiously in the transport system. Decarbonising car engine can make a big difference in giving a steady detox to our cars as well as our environment. Some of the major benefits involved in decarbonising of cars are listed below:

1.
Engine Decarbonisation can help your car better mileage as it smoothens the flow and combustion of fuel through the engine by removing the obstructions caused by residues of carbon on the surface of the engine.


2. Decarbonisation also improves the performance of your car’s engine making it feel younger, more powerful and fun to drive.

3. Decarbonisation of car also increases the life of your car by infusing new life in it without causing any damage to the engine.

4. Decarbonising car engine significantly reduces unwanted sounds from your car making it more environment friendly than before and contributing towards reduction of noise pollution as well.

Being the pioneer in introducing Decarbonisation services in India, Decaabo is the undisputed choice of many car owners when it comes to selecting the right service providers in the market. Decaabo uses state of the art imported machinery certified by major international bodies ensuring the safety and efficiency of its machinery. Our strong market presence is backed by a well-qualified and experienced team of engineers & technicians to further imbibe trust and confidence amongst our prestigious customers to visit us again for decarbonisation of their cars. We follow some of the most stringent safety procedures and global quality standards to provide nothing short of the best to our customers because we know how much you love your car and we will make you love it more after getting it decarbonised from one of our centres.